Our monthly AMA Wichita Luncheon was an emotionally charged learning experience. We had the privilege to hear from our August speaker, Trooper Ben Gardner of the Kansas Highway Patrol, who had some strong feelings about the power behind personal brand.

Right out the gate Trooper Ben Gardner laid down his emotions before the crowd as he talked about humanizing ourselves in the digital world, letting us know that, “If I need to cry, I’m going to cry”. Part of his success is clearly attributed to his vulnerability in using social media to tell emotional stories that he experiences, including those from his personal life.

He pressed in on the importance of getting in front of the story first, but to do it in the most human way possible. Gardner realized how effective humanizing yourself on social media was when he began to be greeted by high school students who once would stay away, but because they saw content somewhere that made him one of them, they began to welcome him in. Giving way to even more opportunities, like recruiting.

Gardner let us in on a meeting once with his higher ups where he refused to commercialize his twitter handle. He stood firm in his strategy to keep it personal with @TrooperBen, going as far as to stay away from the industry norm of last names, saying it was too impersonal in the social world.

We were reminded to be confident of what our brands bring to the table regardless of how often it gets misconstrued for arrogance. He boldly proclaimed, “I don’t just want to be anybody, I want to be somebody”, saying we should proclaim it too.

To the contrary he also brought up how he does see a pattern of people not being so social on social media coming from real arrogance. Remaining humble on these platforms is key to success and always back of mind for him ever since he was told by a teenager that ‘it’s rude not to follow someone after they’ve followed you.” It’s led him to stay engaged as possible when present on social media.

All in all, Trooper Ben provided us a moment to hear about the benefits that come from being authentic and humanizing ourselves on social media, using lived experiences to bring attention to a bigger picture of what we’re out here representing. 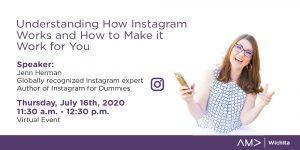 Recap: Understanding how Instagram works and how to make it work for you! 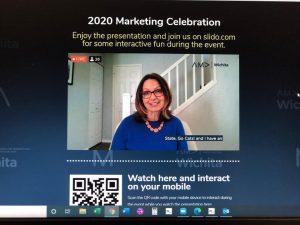 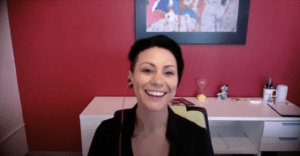