MAX Awards and Marketer of the Year

Marketing Gladiators: It’s Time To Rise Above the Din

We are constantly bombarded with marketing messages every second, but only a few are noticed, heard or seen making a greater impact than others. This year, the Wichita American Marketing Association will be awarding the gladiator marketer and the companies who have excelled by getting their messages heard above the din.

Join us on Thursday, June 19  to celebrate the marketing community of Wichita and its surrounding areas with the “Marketer of the Year” and the “MAX Awards.” The ceremony will be hosted by Wichita TV personality, Sierra Scott. Ian Adamson, world renowned endurance athlete, event director, published author and motivational speaker will address the audience about “Marketing Innovation: Long-Term Sustainability.”

Read about the 2014 Finalists here!

Ian Adamson is a world renowned endurance athlete, event director, published author and motivational speaker based in Boulder, Colorado. As an iconic adventure athlete, Ian is dedicated to educating and motivating people in their quest to master skills in their professional, personal, athletic and family lives.

In 1996 Ian started his own project management consulting business Ado Consulting, LLC, working first in the medical device industry and later as an event manager and race director. Using the flexibility afforded as a consultant, he dedicated his spare time to training for adventure racing, which resulted in his first major international title win in the 1996 Eco-Challenge. This success (with an unprecedented three wins with three more podium finishes) catapulted him into professional sports, with major sponsorship from athletic companies including Reebok, Salomon, Balance Bar and currently Nike.

Takeaways from this presentation will include:

Sierra Scott is a veteran TV news anchor with almost 30 years of broadcast experience. She currently hosts two television shows on the KSCW. You can see her at 4:30 pm Monday through Friday on “The Brett and Sierra Show.” She’s also the writer, director, producer and host of “It’s ALL Good!,” which airs Sunday nights at 7:30 pm.

Sierra is an award winning journalist, whose work has led her to cover stories in Darfur, Cuba, Haiti, The Philippines, and China. She is a member of the Leadership Kansas class of 2008 and the Leadership Wichita class of 2009. She was appointed to the prestigious position of State Program Chair for the Leadership Kanas class of 2011. She serves on the boards of eight charity organizations including Dress for Success and The Wichita Grand Opera. Sierra was Miss Missouri in 1989 and was first runner-up in the national Miss American Woman Pageant.

A graduate of Kansas State University, Sierra has also appeared in several movies, national talk shows and was featured on the cover of an international magazine called “Shoeholics” that focuses on her favorite addiction. 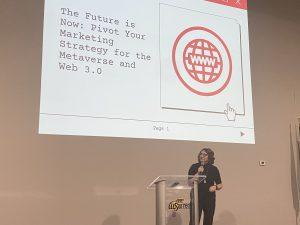 The Future is Now: Pivot Your Marketing Strategy for Web 3.0 & the Metaverse – AMA Wichita Luncheon Recap 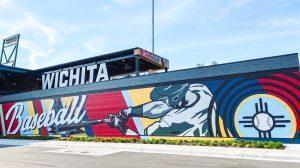