The 2017 Marketer of the Year Awards recognize the year’s most successful marketing projects and the accomplishments of four outstanding marketers in Wichita, one of who will be named Marketer of the Year. Join us for the awards luncheon and the VIP cocktail party, featuring Russ Klein, CEO of the American Marketing Association. Invite co-workers, clients, and business owners to learn more about the changing role of marketers today.

2017 Marketer of the Year Awards Luncheon

A portion of the proceeds raised for the VIP Cocktail Reception will be given to the Envision Child Development Center serving visually impaired and typically developing children in an integrated setting, birth to age five. 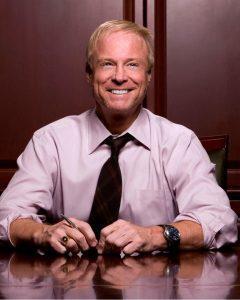 As CEO for the American Marketing Association, Russ is charged with the transformation of the AMA to become the definitive force and voice shaping marketing best and next practices worldwide. Russ Klein has led marketing teams for many of the world’s foremost brand names—holding top marketing posts at Dr Pepper/7UP Companies, 7-Eleven Corporation, Burger King Corporation, Church’s Chicken, and Arby’s Restaurant Group. He’s been named to “top marketer” lists spanning three decades, including his Burger King body of work that was recognized by ADWEEK as “The Advertiser of the Decade” for the 2000’s. Under his leadership, his teams’ work-product has received scores of industry awards for excellence with particular distinction for creativity, including a Titanium Lion at Cannes; Russ also led new product innovation teams with three products named New Product of the Year.

Past winners of the Marketer of the Year award include: